Join the forum, it's quick and easy
RoundModz
What are you waiting for login! ,

Stickied By Eagle
I decided to make the first post in here ! So here's my review.


L.A. Noire Was a fun game over all. It had many twists and turns and lot's of action! If you like fighting crime and solving mysteries while driving around in old classic car's like a Bad Ass then this game is you! They have old guns as well, like the Tommy Gun and Double Barrel. If you're on PS3 then this game is only one disk, if your Xbox then this game is 3 disks! yes 3! This campaign is one of the longest I've ever seen. Throughout the campaign you get new partners every mission. Some shall be mean, some shall be nice. If your thinking about buying a
good game then this is your best bet!

Portal 2 was a nice game to my point of view. Here's the review !

Portal 2 was a good single player game but had it's headache moments here's the Single Player Review.


The Single player was very nice but If you get stuck then the only thing you can do is go through a walkthrough! The game had a beautiful story line with really random momments like in the beginning a major earthquake happens !


The mutliplayer was the most confusing part for me and I could never think straight while doing it. First the controls of Portal 2 was confusing but if you played Portal 1 then your fine. But when it's a late weekend night and you want to play a nice multiplayer game then I suggest Portal 2! It was one of my favorites and I'm sure it could be yours too!

Ok let's admit it. Black Ops is Crap but also fun, It's easy to rank up and stuff. Well here's my review.


Black Ops had the worst reviews in all the CoD series it had worse than CoD 2. That game was terrible. The mutliplayer of Black Ops was a great success but in the beginning they failed with their servers. No one could EVER connect. Then the next month 15th GPD's came out. I had no idea until the day AFTER they were patched and I was sad, very sad. But then the gold gun glitch was out so I didn't care Very Happy I then got reset do to boosting but a lot of people did but the game was still good.


Don't even get me started about how AMAZING Zombies is. I love it with a burning passion and I know all of you do too. I remember when Kino was the first map I played and I loved it then Five was so mother trucking amazing ! Dead Ops sucked. But I'm sure a lot of you liked it The map packs made Zombies better. With the black holes to Baby gun was outstanding!


I haven't played much of the campaign to tell you lot's about it but I'll say this. It was just too realistic that I wanted to keep playing, the blood, the cuts and wounds, the way they moved their mouths when they talked all matched up perfectly! If you haven't tried the Campaign get off the computer and go try now!

Now since I'm super bored I'll make a review on the newest Mortal Komabt, This game has been my favorite for oh so long! Here's the Single Player Review!


Mortal Komabt's story mode was 10 trillion times better than any other of the Mortal Kombats, It had amazing story line, the characters were just way too Bad-Ass! My favorite personally was Noob because he was just too cheap, you can tell by the name

. There was also Xbox Live which I haven't tried because my Mortal Kombat was on my JTAG :S. But splitscreen is always a option! The ladder was really hard to me but maybe not to you!


Im sorry guys but this game won't have a multiplayer review do to the fact I've never done it.
Overall this game gets a 9/10

Ok Now it's time for the Bad-Ass of 1998! Duke Nukem Forever is my next game review! Ok let us beginnnn!


First let me say the new Duke Nukem deserves a 4/10, this game was just BLEHH, The graphics were ok the multiplayer is just sad, I'll get to that next but the campaign is what the 4 out of 10 is! Graphics were 0 and multiplayer were 0. The campaign had ton's of action seen's, The Best part to me was in the beginning when your in the bathroom, I would go fot the poop >


Ok I won't talk much about this because this deserves a 0/10, I mean seriously you've been working on the game for 11 years and the worlds worst connection is in every game, If your host your perfect but if your not then well.... You're screwed! I only liked the gun's in the Multiplayer but thats just me. Oh and the gametype names? Yea they're really stupid the only one I played was Duke DeathMatch... I highly do NOT I said NOT get this game for it's just plain out terrible! 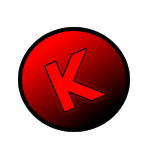 Are these your points of view?....

updated with Duke Nukem Forever. DONT GET THAT GAME I REPEAT DONT GET IT !