Join the forum, it's quick and easy
RoundModz
What are you waiting for login! , Spoiler:
Warzone
Both teams fight to kill each other and each player has one life. No respawns.

Execution
The same as Warzone however the player must execute his enemy in order to kill him.

Team Deathmatch
Your team spawn with a total of 20 lives for the collective team/squad. Once all the lives are used for your team, it will turn into a "last man standing" game.

Wingman
Get teamed up with a wingman which is the same character as you and fight against the other teams. The gloal is to be the last team standing. The main change in this mode is that now there is four teams of two rather than five teams of two.

Beast
You play as Locust and kill off waves of COG. Much like the mode Horde mode which has been in past Gears of War games.

Flaming Lancer - Complete one match during the week of April 25 to permanently unlock.

Flaming Sawed-Off Shotgun - Complete one match during the week of May 2 to permanently unlock.

Flaming Gnasher Shotgun - Complete one match during the week of May 9 to permanently unlock.

Beta Tester Medal - Complete one match in the Beta to permanently unlock.

Feast your eyes on the official LCE Gears of War 3 Xbox 360. You can pick this bad boy up on the release date of Gears of War 3 on 9-20-11.
This GoW 3 console was designed by Microsoft and Epic games, to commemorates the spectacular story conclusion to one of the most celebrated trilogies in Xbox 360 history.
This limited edition console will be available for $399.99, but if you don't want to fork over that much money you can still purchase the custom skin wireless controllers for $59.99. A standard copy of Gears of War 3

A wired headset for Xbox Live

The character Adam Fenix for use in multiplayer 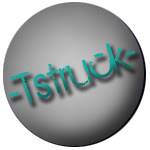 Keep up the good work.

Amazing post you have here. I can see you spent a lot of time on this. Nice job, and keep up the hard work.