The Top PC Games of the Week

*Amnesia: The Dark Descent:
This is a very intense but yet very frightening game. I personally am in love with this game. It's has a great story and it's perfect to play with a friend. I'd recommend buying this.
*Portal 2:
Many people already know about this game, but in case if you don't, it involves teleporting through portals. It's a very addictive game, but it isn't very fun if you don't have friends to play it with. I personally think this is a great game, and you will enjoy it.
*Dirt 3:
As many of you know, the dirt series is a car series. In dirt you can do races, derbies, ect. I personally am not a fan of car games, but if you are a car lover, then this is the game for you.
*Rift:
Rift came out just a few months ago and is supposedly supposed to be the next World of Warcraft. This is on of the best MMORPG games out at the moment. I'd recommend playing the trial for World of Warcraft. If you like that then you will definitely enjoy Rift. I haven't tried this game, but I am dieing to.
*Terraria:
To be honest, I do not know anything about this game. Well, this is a game where nothing is impossible. You can build, dig, explore, and fight. It is alike minecraft, but somewhat different. I personally do not like this game, but if you like building things, then this is a great game.
*Assassins Creed: Brotherhood:
There is not too much I can say about Assassins Creed:: Brotherhood, rather than it's one of the best games of the decade. This game involves being an assassin and assassinating/killing enemies in Italy. If you like games where you are sneaky and sly, then this is the perfect game for you. I'd recommend buying this game for the campaign, but to be honest the multi-player is better. If you have any friends to play the multi-player, then the game will become 8 times better. I would definitely buy this game.

Those are the top pc games of the week!

I will update and switch in some new ones next week.

You should post a little of each game, cause i want a pc game, but i dont want to search each on to see whats best 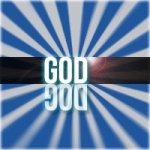 Eagle wrote:You should post a little of each game, cause i want a pc game, but i dont want to search each on to see whats best

Will do. I'll update it sometime today.